Andrea Syverson Left the Church but Not Her Faith

How Do We Honor, Ritualize Change, Absence, Endings?

Growing up Catholic, Amanda Pesch most enjoyed any opportunity to serve others. As she began to have questions about faith and the church, however, listening ears were hard to come by. 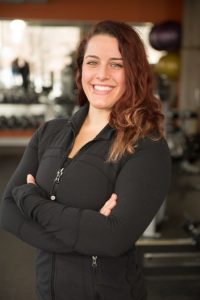 “A lot of what you do as a young adult is questioning,” says Amanda Pesch.

That sense of wonder, as well as a dedication to serving others, surface often in talking with Pesch, a 31-year-old personal trainer from Chicago. No longer Catholic, she began to pull away from the church during her mid-teens and finally disaffiliated entirely in her twenties. Today she describes the Catholic Church as “illogical” and unscientific, noting her substantial disagreement with various doctrines and beliefs ranging from a strictly male priesthood to rules against same-sex marriage to belief in Christ’s resurrection from the dead.

At the same time, Pesch embraces the Catholic Church’s social teachings, although she doesn’t see these as unique to the church. “What I learned [growing up] was turn the other cheek, be a good person, everyone is equal, help others—things people should be teaching their children regardless. Just be a good person, don’t be a jerk.” The Golden Rule, reasons Pesch, is taught by “Jesus and a lot of other religions,” and in fact is “not a rule that [is] strictly religious but can be universal.”

Looking back on her Catholic upbringing (Catholic elementary school; church every Sunday), the second oldest of five children says it was the social mission of the church that always most resonated with her—and if she were to give the church any advice today, it would be to make that mission a core of its youth formation efforts.

Pesch lauds her mother, a committed and practicing Catholic, for instilling these values. “She really stressed the importance of helping others, being nice to others, sticking up for someone if they were getting bullied, helping someone out, being honest, telling the truth.”

Pesch said she began questioning the Catholic faith around age 12, but she continued to follow “Mom’s rule” about attending church each Sunday. Overall, however, “I just didn’t feel passionate about [religion] like some of my friends did,” she says. Always meaningful to her, however, were mission experiences and volunteer work, such as helping Habitat for Humanity. “I enjoyed that sort of stuff—work stuff, doing. Liking it was not so much about faith, but I viewed it as an opportunity to help people who may be less fortunate” or lacking basic necessities, she said.

Once in college, however, she quit going to church except on visits home such as at Christmas, Easter, or for Mother’s Day, but that sense of obligation also faded and now she no longer attends.

Pesch believes the church needs to allow more opportunity for young people to ask tough questions (“a lot of what you do as a young adult is questioning”) and also should show a genuine willingness to change.

Young people also need to feel that their voices make a difference, she said. “Questions have to go somewhere,” from prompting dialogue and discussion to influencing change. “It’s very easy for messages to go top down in the Catholic Church, but to get it to go bottom up is very difficult.”

Like society as a whole, religion “always or should be evolving,” argues Pesch. “Life isn’t black and white, cut and dried at all. The world now is not the same as it was however many years ago.”

“Part of being an adult is figuring out what you do and don’t believe in,” Pesch says. “I know who I am as a person at this point, I know what I respect, what I’m okay with, what I like, what I’ll allow, what I want to surround myself with, what energy I don’t want to be around as a human being trying to grow and improve myself.” When church teachings go against those values and beliefs, “it’s hard to say I believe,” she says.

A few months ago, Pesch reconnected with her high school youth minister, Katie Hayes, at a Harvest Saturday food drive at her old parish. “I went with my mom,” who is a neighbor of Hayes, says Pesch. “I was feeling the need to volunteer my time again.”

The Catholic Church should do more to facilitate that urge to serve others in its youth, says Pesch. One idea would be to pair church efforts with those of secular organizations engaged in similar work, says Pesch, while avoiding organizations and efforts that are overtly political or polarizing.

How else might the Catholic Church engage young adults today? As always, we invite you to share your ideas in the comments section of this page.