Panelists for National Conversation on Religion and Disaffiliation in America 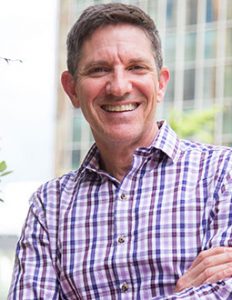 John Vitek is president and CEO of Saint Mary’s Press and coauthor of the study Going, Going, Gone: The Dynamics of Disaffiliation in Youth Catholics. The study, conducted by Saint Mary’s Press in collaboration with the Center for Applied Research in the Apostolate (CARA), explores the reasons given by young adults for leaving the Catholic Church. He was interviewed about the study, its findings, and how the church might respond.

Isn’t this study a bit disruptive for a Catholic organization? How did you get permission to do this?

The study is disruptive in the sense that it’s young people telling their stories of why they left the church in their own words, uncensored and unfiltered. They speak with honesty and frankness, sometimes brutal honesty. Some of what they have to say may be unpleasant for the church to hear, even disturbing. For instance, we heard from some that “when I would leave church I would leave feeling judged, and when I’m in nature I feel at peace. Why would I want to stay part of something where I feel judged?”

One of our principal researchers said at the start of the project: “When we are confronted with unpleasant information we tend to do one of two things: we either try to explain it away or we blame someone or something for it.” This is a really important caution for the church; to be careful that we don’t try to explain these voices away or cast blame. The question is if we think of the stories of disaffiliation as a mirror, what do these stories reflect back to the church that we need to embrace and seriously reflect upon?

As a Lasallian organization—a ministry of the Christian Brothers of De La Salle—whose mission is to provide for the human and Christian education of young people, it is in our marrow to be listeners to the stories and lived experiences of young people. With the rise of religious disaffiliation it is imperative that we listen closely and deeply to the stories of those who disaffiliate from the church so that we can continue to accompany them—however and wherever their searching leads them. That’s what we do as Lasallians, as a Catholic order of brothers who believe that God’s spirit abides in us regardless where we are on our journey. Our mission—the mission of the church—is to be present to people, as Jesus was, wherever their searching leads them.

What do you think will come out of a candid and honest discussion with church leaders on this topic of disaffiliation?

Truth—that is, we hope to discover an accurate and real understanding of the reasons why young people disaffiliate from the Catholic Church. When you hear a young person tell their story in their own words it’s really instructive and clarifying. So clarity, accurateness, truth; these are the keys to authentic insight and understanding. Seeking truth is ultimately deeply freeing, and it’s an act of tremendous respect for the personhood of these young people who just want their stories heard and honored.

How do you think organized religion and the Catholic Church ought to respond to those who choose to disaffiliate?

I think organized religion, the Catholic Church in particular, would be well-served by shedding any pessimistic view of the secularization of society or culture it may hold and instead view contemporary society as the new reality in which religion, belief, faith still have an important place and role to play. In other words, instead of seeing disaffiliation as a grave threat, the church could view it as a new and vital reality in which its evangelizing mission must function in wholly new ways.

None of the young people we interviewed, including those who now self-identify as atheists—espoused values that are contrary to the gospel or the Christian message. In fact, the opposite is true. They all spoke of the desire for and importance of living good, ethical lives rooted in what we would describe as the fundamental values of the gospel—some form of the “golden rule.” Now, the young people we spoke with may say that they think organized religion has corrupted those fundamental values with nonsensical dogmas and doctrines, and some will say that they actually believe they can live more moral lives without the baggage of religion.

What will Saint Mary’s Press do to move the dial on this? Is there a role you can play?

We plan to be relentless stewards of the young people’s stories of disaffiliation, and we hope to provide a place where more young people can tell their stories. I was so captivated by one part of the interview process—something I had not expected at all. Regularly the young people would say to us, “Thank you for letting me tell my story. Nobody has ever asked me about it before.” That blew me away—that they wanted to tell their story. Somehow in the telling of their story they felt like their decision to disaffiliate was respected and honored. Keep in mind that a significant finding of our study is that this decision involves a thoughtful, conscious, sometimes painful process for young people. They don’t make this decision in haste, for the most part, nor do they take it lightly. It means something to them. So, we want to help them tell their story and we want to help the church hear those stories. Then we want to be facilitators of open, honest, candid conversation. The stories are the seedbed for conversation, and the conversation is the seedbed for understanding, compassion, empathy, and insight. Out of this, we can imagine new possibilities for the church’s mission in a secular society. It’s not the same as in a society where religious affiliation is the social norm.

If there are fewer Catholics, won’t your materials be less relevant?

The decline of religiously affiliated Catholics doesn’t make our materials less relevant; it makes it even more important for us to be relevant to the lived experience of young people. Our materials can’t presume that the young person sitting in a Catholic religious education class or attending a Catholic school is a believer. In fact, it’s that presumptiveness that drives young people away. Instead, our materials today have to recognize that young people embrace diversity, and the starting point for many of them is that religion and belief in God are one path among many options they have to pursuing a fulfilled life. How do you make the gospel relevant, meaningful, and captivating to a young person who holds this belief? That’s our task today in creating respectful and relevant material for Catholic curriculum and spiritual resources.