From “Where?” to “Why?”: Reframing the Youth Question

Devon Watts: “Loving a Church That Sometimes Doesn’t Love Me Back” 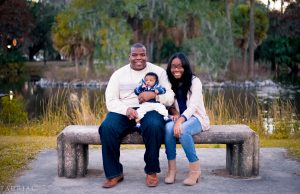 When Sebastian “Bash” Watts was baptized at St. Peter Claver Catholic Church in New Orleans, he became the sixth generation from his family to receive the sacrament at the church since it was integrated in 1920. That was the year the Josephite Fathers purchased a school, rectory, and church building formerly known as St. Ann’s. The Josephites bought the church to serve the predominately African American population of what is known as the Treme area of the city.

Over the past 100 years, the black Catholic community at St. Peter Claver has persevered through good times and lean, its lived experience reflecting the uneven and pocked reality of life for black Americans in society as a whole.

“It’s not going to get better until we have that conversation—about inclusion, understanding, working together to uplift. There are tangible things we can be doing in our community. I’m a numbers guy, an accountant—I see how little we are doing to uplift our black Catholic youth. We spend millions and millions boycotting Planned Parenthood and things like that—but we won’t create programs to help those most in need, which is what we are called to do.”

Devon’s personal experience in the church informs his outlook, which remains positive and committed, thanks especially to a handful of people and the unique beauty he finds in practicing his Catholic faith.

Devon’s mother died from cancer in 2005. Devon was 11. He moved to Atlanta and into the home of an uncle who had been raised Catholic but had become nondenominational. “I spent three years out there; it was a crazy experience,” said Devon.

Two months after Devon arrived in Atlanta, Hurricane Katrina hit New Orleans. “All the family from Louisiana came over,” he said. His uncle’s household grew from 5 to 32 members. “Initially it was crazy. I was the only one going to school for a long time. I felt like no one had my experience, moving from New Orleans, between Katrina and my mom passing away, being away from my home church. I started developing a bad feeling about God, about church. I was questioning my faith.” Devon started getting into fights, hanging around with the wrong people.

When he returned to New Orleans to live with his grandparents in 2008, “I got back in touch with everyone at my home church. They took me under their wing.” Among these people was Dr. Ansel Augustine, then director of black Catholic youth ministries for the Catholic Youth Organization (CYO) at the Archdiocese of New Orleans. “Being back at home, back with Ansel, it was a different experience,” said Devon. “I strengthened my relationship with Christ, started being active in the church, sharing my story of what God can do for you. That transformed me.”

Part of that black Catholic experience was also colored by racism, however.

Back at St. Peter Claver, Devon was active in the church. “Ansel took me on speaking engagements, I was active in CYO, on church leadership teams.” On one outing to lead a meeting at a predominantly white church, Ansel and company arrived “super early, before everyone else. We were going to put out chairs, help set up for the meeting, but we got to the church and it was locked. Ansel went to ask if we could get in,” but the man who answered the door was suspicious. Ansel showed him his CYO identification, but still “the man said no, you need to wait for your contact person to come. The vibe, the energy—you can tell when someone is just being biased, racist. To experience that kind of bias in high school was kind of crazy,” said Devon.

Devon was living with his grandparents his senior year of high school when his grandfather died shortly before Devon’s graduation. After graduating, Devon decided to go to Stillman College in Tuscaloosa, Alabama. “There was no black Catholic church” in Tuscaloosa, said Devon, so he went to a white Catholic church. “I didn’t feel welcome or at home there,” he said. “I started to wonder if the Catholic Church was for me. I went to a Baptist church and they welcomed me with open arms. I felt abandoned by the Catholic Church, no one tried to reach out, it didn’t work for me.”

Devon’s senior year in college he found out he was going to have a son. “I returned to New Orleans in 2014 and started telling folks I was not going to continue school in Tuscaloosa physically.”

“I had the opportunity to work at an accounting firm, I took a security job at night, I was taking online classes, and my son was on the way. Raising a son, being in school, working two jobs, I had a lot going on. I graduated in May 2015 from Stillman College and was able to get a better job.”

Now back at St. Peter Claver, again Devon felt himself judged. “The church gave me a negative vibe about my lifestyle, like I didn’t belong. My fellow parishioners and family members who attend St. Peter Claver made me feel like I disappointed them by having a child so young while still in school and unmarried. The overall conservative white Catholic systems that make up the Catholic Church around the country” convey a sense that “middle/upperclass/white culture is okay,” said Devon, but that “everything else is second-class Catholic or seen as anti-Catholic—especially culture.”

Sebastian’s baptism presented another hurdle, said Devon. “My girlfriend [Amber Cannon] and her sister [Nila] are not Catholic. The deacon who was preparing us for baptism told us my girlfriend’s sister couldn’t participate in the baptism [as a sponsor] because she was not Catholic. That was a real shock.”

Ultimately Sebastian was baptized with four witnesses: Augustine (now campus ministry liaison at St. John’s University in New York), Devon’s friend Ajani (a seminarian for the Archdiocese of New Orleans), Nila, and Devon’s best friend Kyriante. Despite feeling “shunned due to personal decisions,” said Devon, “I wanted to introduce my son to the Catholic faith.”

“Now I have a successful career as an accountant, and I’m trying to be a messenger for my faith and spread the word that you can be successful and persevere no matter what you’ve been through.”

People and the Experience of Catholic Faith

One primary influence has been Ansel Augustine, said Devon. “My son was induced at birth. His umbilical cord was wrapped around his neck and they needed a suction cup on his head to pull him out. He was too big to be born. I will never forget Ansel being there. He told me, ‘If you’re gonna worry, don’t pray, and if you’re gonna pray, don’t worry.’”

After a difficult two weeks, with both Amber and their newborn son in the hospital, finally everyone was able to go home. Now each time ‘Bash’ goes for a checkup, the doctor brings a student into the room, “like he’s some kind of miracle baby. Nothing but God to thank for that,” said Devon, adding that the experience “taught me how to pray.”

And then there was Devon’s grandma. “When I moved back from Georgia” in 2008, said Devon, “I was living with my grandparents. Grandma’s rule was you have to go to church every Sunday to be in her house. That was the foundation. She was diabetic, had high blood pressure, arthritis, but no matter what ailment, her knees swollen, she was on her knees every morning to pray. She would hold your hand, and you prayed with her. She was always looking out for you. Even till today I look to her. I still have her Bible with her name on it; it was her moral compass for life.”

When Devon was completing his last semester of college remotely from New Orleans while working as an intern at an accounting firm, he was living with his grandmother, aunt, and uncle. “I was dealing with my son coming, and my grandma was really sick.” This time it was his aunt who taught Devon how to pray. “The way my aunt prays, her dedication to people, kept me grounded in my faith. She let me know there are always people caring for me.”

In addition to people of faith, there is also the Catholic faith itself that has kept Devon coming back.

At Stillman, a Presbyterian college, Devon found himself “the only black Catholic in a theology class. They were teaching Presbyterian theology, and a lot of that class was me defending my religion.” In doing so, Devon said he came to realize “how intimate and emotional the Catholic Church is when compared with other churches. The consecration of the Eucharist, praying for others, adoration, confession. It makes me feel better when I hear the priest say ‘this is the body and blood of Christ.’”

“We need to have kids hear why this is unique and beautiful,” said Devon, “to understand the intimacy and relationship that is there with God. Even if you know all these things, if you are not practicing your faith, it is easy to fall away. We need to encourage young people to understand the church and not see going to church as a chore, but something beautiful and precious. We don’t put as much value on that as we should as a church.”