Church Must Become a Better Listener

Why I Encourage Questioning Religion

Young adults who once identified as Catholic are leaving the Catholic Church at an alarming rate. In January 2018, a national gathering convened in Baltimore to explore the reasons why. A key focus of the three-day event was findings of a research study, Going, Going, Gone: The Dynamics of Disaffiliation in Young Catholics, conducted by the Saint Mary’s Press Research Group (SMPRG). During the course of conversation, a population of young adults not identified in the study was brought to the group’s attention: those individuals who have never felt invited to be part of the church in the first place. After Baltimore, SMPRG sat down with community leader Vince Guider to talk about these young adults, who he identifies as the “shunned.” Guider is director of the North Lawndale Kinship Initiative, a community development partnership between Chicago’s Old St. Patrick’s’ Church and the North Lawndale neighborhood of the city’s West Side. Our conversation with Vince follows.

SMPRG: Vince, our national conversation focused a lot on those who have left or are on the verge of leaving the church, the so-called Dones, Almost Dones, and Nones, but you brought to our attention a whole other population we didn’t talk about, a group you describe as the Shunned. Break this open for us a bit more.

Vince: The Shunned differ from the Dones, Almost Dones, and Nones in a particular way. Dones, Almost Dones, and Nones, at some point and to some degree, are considered members of traditional institutions, and for whatever internal reasons, they are privileged to decide to stay or leave. However, the Shunned feel blocked from ever considering being members. They never even make it to the doorway. If they are on the inside, they feel totally removed from the regular proceedings. Whether these young people initially show up only once or if they never appear at all, they feel like external forces are blocking them from being welcome and engaged in the community.

SMPRG: Where do you see this, especially?

Vince: The so-called undeserving poor frequently feel shunned (whether they actually are or not) by those who have more economic resources, education, access to opportunity, etc. I also see it with those I call the Newbies—those coming from outside an established institution, Newbies can get shunned by those who are entrenched within. Parochial thinking sometimes makes people hesitant to widen their reach of hospitality to those they regard as outsiders. By design, many institutions, including churches, uphold practices that essentially maintain the status quo.  They systematically retain members on the inside and consequently repel others, keeping them far on the outside.  Such was the case with neighborhood ethnic churches that divided us in the last century, and it is still the case where invisible economic and class boundaries keep our congregations segregated and disconnected to this day.

Vince: Yes, especially young people who have made mistakes in the past or have chosen nonconformist modes of expression. They often get shunned because of their reputations, tattoos, piercings, hairstyles, fashion choices, artistic preferences, social habits, etc., that make conformists feel suspicious and uncomfortable. They can also be unwelcomed, uncared for, and even totally disregarded because of their race, sexual orientation, ethnic heritage, economic conditions, the zip codes from which they come, and for other reasons as well.

SMPRG: Could you say something about Dr. Drescher’s point at the disaffiliation conversation in Baltimore about the call to a cosmopolitan church and society?

Vince: It is funny, or should I say troubling, that my faith, Catholicism, so often falls short of its identity. Derived from the Greek phrase meaning “on the whole” and the later Latin translation meaning “universal,” Catholic means inclusive and caring such that we erase institutional boundaries and extend our understanding and hospitality so much that we do not identify insiders or outsiders. Our concern should be for the people God. This cosmopolitan approach to discipleship calls us away from our parochialism and nudges us to look deeply and compassionately into young people’s lives.

When we embrace their humanity, look past what we consider their quirks, affirm their uniqueness, nurture their growth, expose them to new possibilities, own up to our own unjust baggage, correct our mistakes, grasp lessons that young people teach, and ultimately honor them to their very core, we can begin to remove walls that keep them at bay. These are ways we can truly live out the universality of God’s Kingdom.

SMPRG: And you see it in the communities you serve as well, especially among those of nonwhite populations?

Vince: Youth who are Latino, black, Asian Pacific Americans, Native Americans, and Americans of mixed heritage often feel shunned if they find themselves in racially insensitive, uncompassionate settings. Furthermore, it’s not just a white vs. nonwhite issue; the same happens to LGBTQ+, immigrant, and disabled young people when they are dishonored in their institutions.

The shunning can occur subliminally and on multiple levels, and often simply because there is a presumption by an institution’s dominant group that their way is either the best way or the only way of doing things. Here’s an example. There have been several occasions when I was invited to lead youth retreats, rallys or worship services in churches or schools populated by majority white members. Often times, because I am African American, an adult who invited me might make a point to assure me beforehand that, “We are very diverse.” However upon arriving on the scene I’d notice a situation to the contrary. Here’s one such case.

The approximately 400 students assembled were predominantly white and there was also a small smattering of non-whites. The racial makeup of the group was absolutely alright because those were the people drawn to that community, yet upon further examination, I noticed a common phenomenon. Most, if not all, of the art, printed literature, music, modes of expression, rituals, media, structures, leadership, and nearly every stimulus in the room sent a strong subliminal message. “God is white and the church is meant for the middle class!” Despite a well-intentioned attempt to sprinkle in some token multiculturalism that day (they sang “This Little Light of Mine”), I wondered what the catechist who invited me meant when she assured me the experience would be diverse.

I was sure many young people of color at the event were inwardly questioning, ‘Is this a place I really belong?’ If an institution’s handing down of Christian faith does more to convey the supremacy of Western White Culture than it does to foster intimacy between God and the community, that institution does a disservice to its minority members.

SMPRG: In one respect, you are observing the assumptions we make about others “not like us” and the experience of feeling judged or rejected by the whole of the institution because of this experience.

Vince: There are times when church insiders regard young people who are unchurched, nonbelievers or from different religious traditions as “hopeless or lost.” Consequently these young people feel so alienated that they are not apt to engage with the community.  Never really feeling fully welcome or accepted, and out of frustration, they come across as detached, angry or silly.  Some might simply avoid contact with church members altogether.

Divisive politics, poverty, and consequential housing segregation are also notorious causes for the shunning of youth. Young HAVE NOTS get isolated and go uncounted because of a lack of access to opportunity that they experience every day.  At the same time, young privileged HAVES are able to enjoy benefits the have-nots are never able to experience or even imagine. The result is a social chasm that callously pushes out those most in need while compassionately inviting in those with more than they need.

There are also young people driven away from the church because they perceive it to be an institution that is ideologically and technologically backward.  These 21st Century Digital Natives do not want to feel caught up in the past.

Church members may be tempted to regard such young people as troublemakers that need to be set straight, but why shouldn’t we count them as valued community members who are urging us to recalculate and correct our course? At this crucial time in society when divisiveness seems to reign supreme, we’d do well to spend less of our energy urging youth and young adults to come in line with traditional church teachings and traditions and more effort inviting them into conversations about how we can think and act with mutuality. By meeting the young right where they are and addressing their most basic human yearnings, we increase our chances of constructively connecting with them. If we could only be more like Jesus, who met and engaged the Samaritan woman at the well to challenge, dignify, and touch her spirit to its core. She left that encounter with Jesus transformed, and she carried the experience out to others. We and our young people deserve the same, and it can happen if we meet one another in respect and mutuality.

SMPRG: So what practical advice would you give to religious institutional leaders concerning the Shunned? For instance, we heard Josh Packard say in Baltimore that if churches were really concerned about families being able to join the community on Sunday mornings for worship, they’d be advocating for public policies that allow families to not have to work multiple jobs, seven days a week, so that they could even have the possibility of being able to join the community. What would you say to religious leadership?

Vince:  I would say the scriptures tell it all, “He has told you, O man, what is good, and what the LORD requires of you, but to do justice, to love kindness, and to walk humbly with your God” (Micah 6:8). Practically speaking, religious leaders and all of us are admonished to see, think, and act with Kingdom-building righteousness. It is only right that we reflect on our lives and then consider how our lifestyles either improve or diminish the way others live, and especially if they are younger and the most impressionable among us.

I long for the day when all young people will be fully honored and captivated by the church rather than pushed out to the fringes of our institutions.

SMPRG: Finally, what practical advice and encouragement would you give to those who feel shunned by traditional religious institutions and their members? What would you say to them?

Vince: I’d say this to the shunned: “For all of us, regardless of our ages, cultural backgrounds or stations in life, there is a lot we need to learn and do, and we need to learn and do it together. Institutions serve a very important purpose in our lives just as innovation and change within those institutions is also important. Thus mutuality and reciprocity are the keys to us visioning and working toward our collective best interests.”  We can all benefit from mutual transformation. Our best hope for the future is for us all to get radically and ultimately changed from the inside out, and this happens best when we encounter one another with deep respect for our common humanity. This important aspect of discipleship needs to be first modeled by adults who are leading and then passed on by example to young people. This is the mission of the church and it’s what kingdom building is all about. No one shuns and none are shunned in God’s Kingdom; all are honored and welcome. 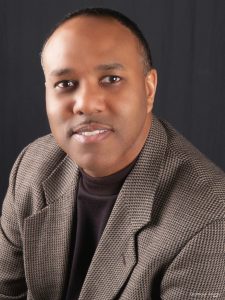