The Grace and Inspiration of the Disaffiliated

Young adults are opting out of organized religion at an accelerating rate. Concern over the trend is justified, but is all doom and gloom? Or might this moment be presenting churches both unanticipated grace and an opportunity for new vitality? 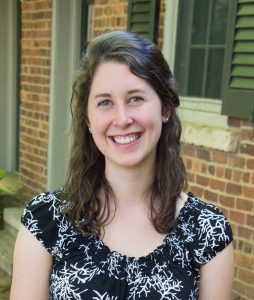 In January Saint Mary’s Press released a study on disaffiliation among young Catholics, Going Going Gone: The Dynamics of Disaffiliation in Young Catholics. In the study, which involved surveying and interviewing former Catholics ages 15 to 25 who have left the faith, we asked the question whether framing disaffiliation as “a problem to be solved” might be the wrong approach. Rather what if one were to ask: “What is the grace that the disaffiliated are bestowing on the Church? What is the Holy Spirit telling the Church through the life stories of those who have disaffiliated?”

In a similar vein, Elizabeth Welliver, Interfaith Engagement Fellow at Davidson College, North Carolina, and an alumna of the Interfaith Youth Core, penned a paradigm-flipping article for the website On Being last year with the headline: “How the Wisdom of Millennial Nones Can Revitalize the Christian Church” (July 7, 2017).

In true parable fashion, the “problem” of church expatriots thus becomes an opportunity for the Christian Church to learn and grow.

Going Going Gone was conducted by Saint Mary’s Press in collaboration with the Center for Applied Research in the Apostolate (CARA). The findings of Going Going Gone and conversations around them are well documented on the Saint Mary’s Press Research website. The remainder of this article will focus exclusively on Welliver’s article, as it explores from a decidedly ecumenical Christian perspective the subject of “Nones” and the growing population that chooses not to align with any particular faith group.

Welliver, who identifies as a Presbyterian-Quaker and works as an interfaith educator and justice advocate, asks a provocative question: “What if the nonreligious, the Nones, held the clues for how to revitalize the dying church?”

“Facing the decline of young-adult participation, the church’s future lies nonetheless in the hands of millennials, more than one third of whom identify as non-religious,” she writes. “According to the Pew Research Center, rises in the category of ‘Nones’ are not limited to any demographic category; people across racial, socioeconomic, and regional lines have shed religious labels or never inherited them. As [author, entrepreneur, and On Being columnist] Courtney Martin articulates, Nones are more than their absence of religious ties. She, like many others, identifies ‘with the burden and joy of trying to understand how to be a good human.’”

Welliver continues: “For many young adults, the choice to be nonaffiliated is an intentional response to an institution that has failed to embody its own values. In Becoming Wise, Krista Tippett describes Nones as ‘ecumenical, humanist, transreligious. But in their midst are analogs to the original monastics: spiritual rebels and seekers on the margins of established religion point tradition back to its own untamable, countercultural, service-oriented heart.’”

As likewise articulated by Katherine Angulo in an interview on the Saint Mary’s Press Research website, a variety of social realities contribute to a felt-need among young adults for supportive communities—but traditional church communities are not presenting the environment or the spiritual life they seek. Among the reasons, Welliver cites a perception that the traditional institutions of church “leave little space for critique and reform.” The Saint Mary’s Press study reports similar sentiments among those it interviewed.

Some young adults are choosing to build their own spaces, writes Welliver. “The rising leaders of the millennial generation who often emerge from the margins — the artists, activists, social entrepreneurs, and educators — are building communities across civic and identity lines for the sake of a flourishing, healthy democracy. Religious belief is not a requirement for entry into the doors of millennial sacred spaces.”

Welliver doesn’t ask traditional churches to simply shed one identity to adopt another. Rather, she invites churches to evolve. “I see the need for church to value belonging before orthodoxy, to include people who do not profess faith but who desire intergenerational relationships. Without abandoning its particularity, the church could find its own traditions enriched by those whose values, purpose, and sense of meaning can expand our understandings of faith.”

Many Christian churches historically have been in the forefront in advocating for justice and human rights. A contemporary expression of that leadership is the Sanctuary Movement, according to Welliver, and the witness churches provide for the protection and rights of refugees and immigrants.

Welliver invites Christian churches as a body to do more, however. “To act like the church, it would apologize and repent of its racist and homophobic hypocrisy. It would serve as a community center for spiritual education and social change. The opportunity exists for the church to form collectives of conscience, a hybrid space for neighbors of religious and nonreligious values to share life together.”

She concludes: “While my peers and I flock to protests, book clubs, and yoga classes, we are forging new paths of spiritual engagement. At the same time, I sense that many of us yearn for tradition: a household of inherited practices and beliefs to inhabit as our full selves. Tradition offers resilience, particularly in the face of tragedy and loss, to hold together our fractured identities. Tradition can gift us with the texture of story and depth of ritual to speak across traditions, to foster self-examination and understanding of the other. I hope today for the traditions of the church to open to outsiders’ interpretation while serving as blueprints for ones that others are creating now.”

The stories of the disaffiliated, disenfranchised, and disenchanted seekers turn the question of whether this is a problem to be solved to a more productive discussion. Dr. Elizabeth Drescher, speaking at our National Conversation on Religious Disaffiliation in Baltimore on this theme, cautions against looking for a “fix” mentality among church leadership. “I don’t know that the fix long-term is going to look anything like what religion looks like now or that we can even imagine it. We can be part of what it becomes next or we can be hanging around to sweep the floors and turn out the lights.”

The heightened attention on the stories and experience, vision and hopes of the disaffiliated is filled with grace for a church that seeks to be renewed by the Spirit. How will the church receive it?